The Legend of Anne Bonny is mingled with facts to the point her story can easily be disputed in several areas. We know Anne Bonny was a strong, independent woman, who was way ahead of her time. In the 18th century men made all important decisions and women had few rights. It was near impossible for Anne Bonny to become a crew member on a ship let alone a respected pirate. Some Captain’s even believed having a woman on board was a curse.

Most historians think that Anne was born in Kinsale, County Cork, Ireland in 1697 as the illegitimate daughter of lawyer William Cormac and his servant Mary Brennan. William’s wife refused to keep his  adultery private so he lost his reputation. He and his new wife Mary with their newborn child decided to leave for the New World for a new life. They settled in Charleston, South Carolina; William began his legal career again and they bought a plantation.

When Anne was just a teenager she had to take care of her father’s household after her mother died. Anne’s teenage years were not easy. It is said that she murdered a servant girl. And she nearly killed a man who tried to rape her.

Anne met a small-time pirate, James Bonny, when she was just 16. Her father was against their relationship, but she was stubborn and married him anyway. William had dreams of Anne being a formal lady and knew James was just trying to get his estate. He was so disappointed he refused to allow them to live there.

James and Anne went to New Providence, his pirate’s hideout. He was not a successful Pirate and they were desperate for money so he became an informer for the governor, Woodes Rogers. Anne had made many pirate friends and couldn’t live the life of an informant’s wife. Her good friend, Pierre, a celebrated homosexual who ran a famous establishment helped her to leave James.

She fell in love and ran away with Calico Jack Rackam, a romantic Pirate Captain, who even offered to buy her from Anne’s husband. Calico Jack was a small-time pirate who was known for attacking coastal shipping. The love between Anne and Calico was not public, but on the ship, everybody knew that Anne was “the captain’s woman.”

After Anne became pregnant Calico Jack left her in Cuba to deliver the baby. There are several stories about what happened to the child. Either the child died at birth, or Calico Jack had a friend’s family in Cuba raise her, but it is known that Anne did not raise the child herself.

After a few months, she returned to the ship with Calico Jack.  Mary Read was on board by then and it didn’t take long for the two lady Pirates to become good friends. Some rumors even indicate a possible romantic relationship between Mary and Anne.

In October 1720, Captain Barnet, ex-pirate, now commander of British Navy attacked Calico Jack’s anchored ship “Revenge” while most of the crew was drunk. They had been celebrating all night after a successful capture of a Spanish ship. It was a short fight with only Mary and Anne unsuccessfully trying to hold the ship.

The crew of “Revenge” was taken to Port Royal to stand trial. The trial was made famous because the life of the lady pirates was feared and loathed. Anne and Mary were both women women before their time who fought for equality and refused to live as the times demanded.  The entire crew was found guilty for the crime of piracy and sentenced to hang.  Anne was allowed to speak to Calico Jack just before he was hanged. Anne was quoted as saying  “If he had fought like a man, he need not have been hanged like a dog,”
Anne and Mary claimed to be pregnant so they were both spared. Anne Bonny’s father paid the ransom for his daughter and brought her back to Charleston. Soon after, she gave birth to Calico Jack’s child.

Anne Bonny was known to visit Okracoke Island, which is why we named our medium roast coffee blend after her. Please visit our Product page for a bag of our Anne Bonny Blend. 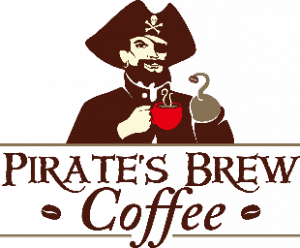 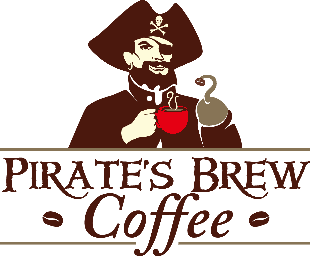